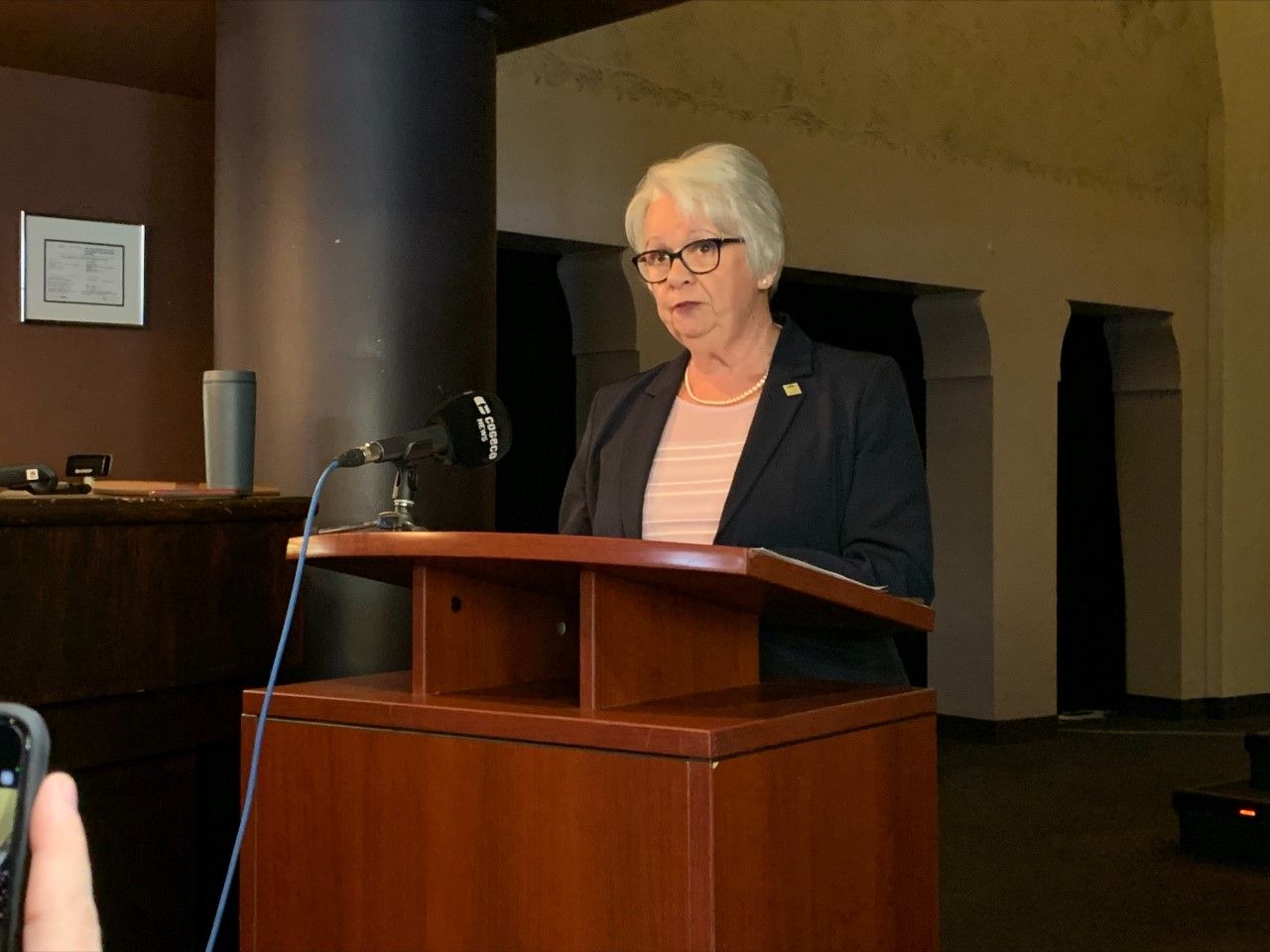 Johanne Brousseau announces she is running for mayor

And she’s not about to start now.

The North Bay councillor announced among friends and supporters at the Capitol Centre Monday her intention to run for mayor in the Oct. 24 municipal election.

Brousseau is the second candidate to announce her desire to become the 45thmayor of North Bay.

“I want to give North Bay a choice. This has been in the back of my mind since election night 2018 when the mayor said he’s not running again,” Brousseau told local media.

“It was a calculated risk. I believe North Bay is ready for me. The mayor coined it six months ago when he called me the silent leader. I have led in my own way.”

She said she has a great team and will be laying out her platform shortly.

Deputy Mayor Tanya Vrebosch and Coun. Bill Vrebosch were in attendance, as well as several former city hall staff such as Dave Saad and Cathy Seguin.

Brousseau said it’s all about listening to the people and she will do things “differently” than Chirico.

“This was in the back of my mind three years ago and was going to do this regardless who was stepping up,” she said.

The Nugget asked Brousseau if she has any regrets about any of her decisions over her four years on council.

“I’m always prepared. I ready reports two or three times and if I have questions I will go and ask staff before the vote. I have a reason for voting how I did for those major decisions.”

Brousseau was also asked whether the recreation/community centre project in West Ferris will be a major election issue.

“It can be. With the arena project we need to wait until we get that true costing and then we get final costing from the general contractor and that will decide what direction we will go,” she said.

Brousseau said the design is based on the structure of the ground – the bedrock.

“The bedrock determined that design and by that we’re not destroying rock as much as we should or endangering species . . . so it is saving us soil preparation money, so it’s worth keeping an open mind. A lot of benefits to that design.”