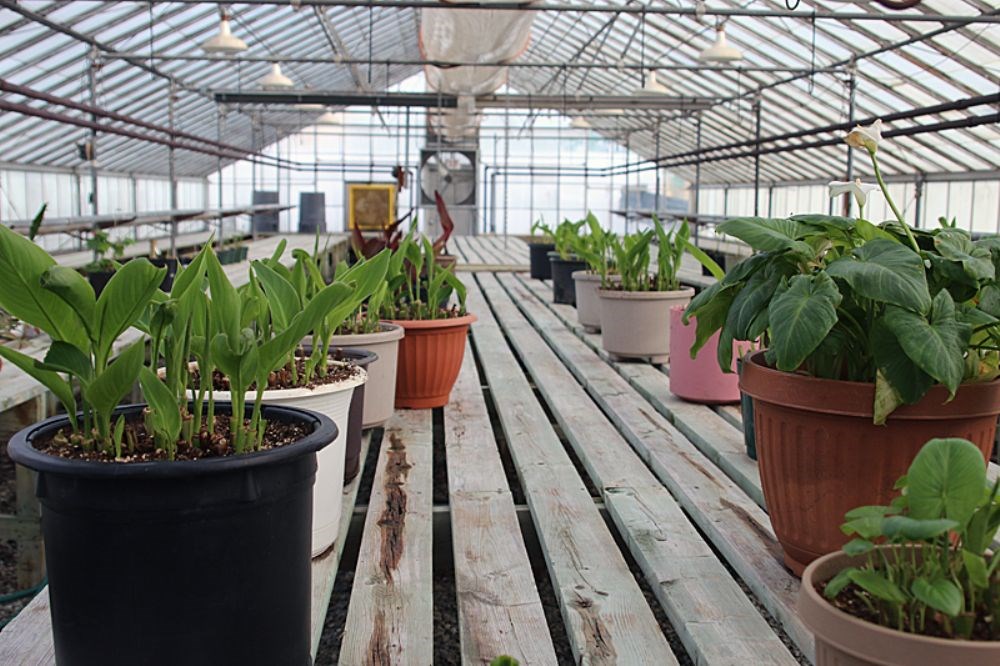 THUNDER BAY – The City of Thunder Bay has committed nearly $5 million as it launches the first of two phases of a project renewing the centennial botanical conservatory and adjacent production greenhouses.

Council voted unanimously Monday to award a $4.8 million tender to build an upgraded greenhouse and a new annex connecting it to the conservatory to MBuilds, formerly known as Manshield Construction.

The total cost to the city is closer to $4.4 million with an HST rebate, and includes a 10 per cent contingency allowance for unforeseen costs.

The replacement of the production greenhouses, which supply plants for city parks, gardens, and stormwater management projects, as well as the conservatory, is part of a larger project that will also renovate the conservatory in the coming years.

“We needed a win,” amid the gloom of the pandemic, said Coun. Shelby Ch’ng, who described the project as a green infrastructure investment with widespread popular support.

Coun. Aldo Ruberto also welcomed the NOHFC funding, but lamented that the project’s estimated price tag has risen by even more since council approved greenhouse replacement in 2020.

“The point I’m trying to make is, we have all of these projects and we delay them and delay them,” he said. “Yeah, we got $2 million [in NOHFC funding], but the whole thing went up $2 million, maybe $3 million.”

Council had expected the total cost to be below $5 million as recently as the fall of 2020, he noted, at a time when the greenhouse was also expected to be slightly larger – 9,600 square feet versus the current 8,400 square feet.

The full cost is now pegged at well over $7 million, but the total remains uncertain ahead of more detailed estimates on the conservatory work expected in the fall of 2022.

The total would be between $7.1 and $7.5 million, assuming the greenhouse work remains within budget and using estimates for conservatory rehabilitation prepared in 2020. However, city staff acknowledged Monday that costs have likely risen since then.

The rising costs reflect some improvements approved by council, like the addition of the annex and more efficient glazing, some of which will produce cost savings. However, they’re also influenced by rising construction and commodity prices, with a report from city staff citing “the ongoing pandemic and associated labour and supply chain impacts.”

With the NOHFC dollars, the city has now set aside $5.2 million in total funding, and continues to seek dollars through other provincial and federal programs. The Friends of the Thunder Bay Conservatory also contributed about $61,000.

The tender approved Monday covers the demolition of three existing greenhouses and construction of one larger structure with separate zones, and the attached annex building.

Work will begin in June, after spring plantings are completed in the current greenhouses, parks manager Cory Halvorsen reported.

MBuilds was one of two companies to bid on the project. Its base bid of $4.08 million compared with a bid of $4.4 million from RML contracting.

Suggested improvements, recommended by staff and okayed by council Monday, raised the price of the base bid, but were found to bring worthwhile efficiencies, energy savings, and greenhouse gas (GHG) emissions reductions.

He pointed to an estimate that moving from two-wall to five-wall polycarbonate glazing would cut the greenhouse’s carbon footprint nearly in half, reducing GHG emissions by 19,429 kg of CO2 equivalent a year.

“Nineteen thousand kilograms sounds good, but I don’t really have a benchmark to know if that is good, and how we’re actually moving the dial,” Foulds said. “We all understand dollars and cents, but I think we need to wrap our heads around understanding tonnes of carbon and [GHG] reductions a little more thoroughly.”

Gerry Broere, director of facilities, fleet, and energy management, acknowledged the point and said administration was still considering how to report on emissions impacts related to council decisions.

An annual report on the city’s net zero strategy, adopted last year, will help council keep track of its commitments, he said.

Rehabilitation of the conservatory will deliver larger emissions reductions and energy savings upwards of $100,000 a year, staff have projected.

The work, estimated to cost between $2.7 and $3.1 million in 2020, will replace glass panels with more efficient glazing, reopen the side wings, add an event room and accessible washrooms, and replace an aging boiler.

The city will proceed with detailed design work on conservatory rehabilitation this year, planning to return to council with a new cost estimate in the fall, Halvorsen said. That could come after a municipal election on Oct. 24 of this year.