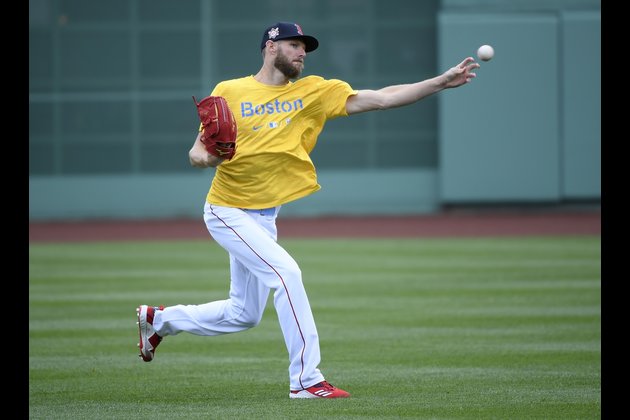 Boston Red Sox left-hander Chris Sale’s return from a rib cage injury has been paused by a “personal medical issue.”

The team said Saturday that it’s not orthopedic or COVID-19 related.

“We want to respect his privacy and it’s not baseball-related,” Red Sox chief baseball officer Chaim Boom said. “He should be back throwing in a matter of days.”

Sale was expected to return from the 60-day injured list in early June. Now his expected return is roughly the third week of June.

An MRI in March revealed the fracture in Sale’s eighth rib. He suffered the injury during the lockout but wasn’t allowed to communicate it to the Red Sox until the new collective bargaining agreement was struck last Thursday.