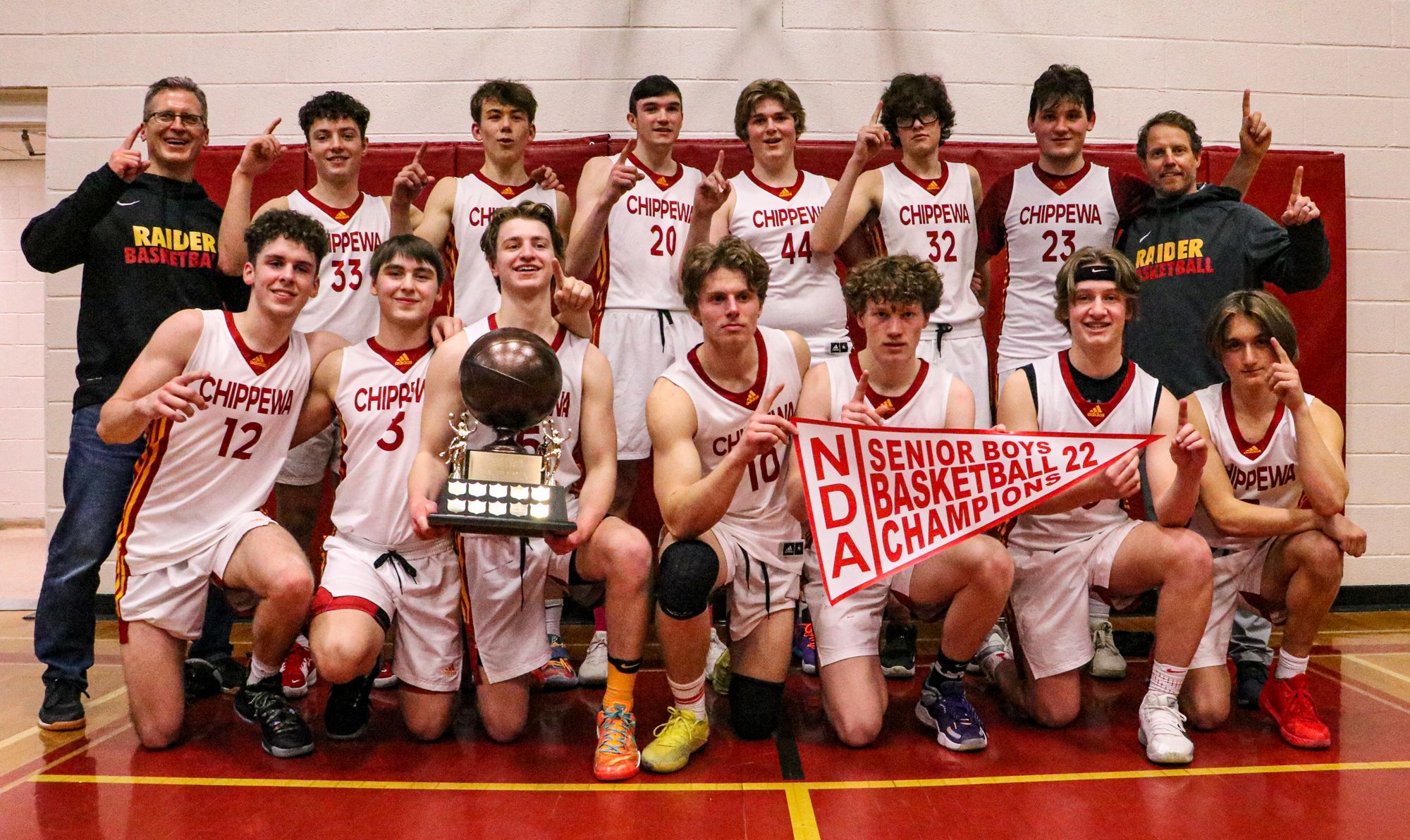 Chippewa came out the other side of a covid-plagued season with a rare perfect record, defeating Northern Secondary School in a one game final March 22.

The final was the first game of the season permitting an in-person audience.

A rowdy crowd, with vocal representatives from both schools, watched as the teams put on a defensive show in the first half. Northern’s high scorer, Corey Boochoon, had two 3-pointers for the visitors in the second quarter to keep the game close, with a halftime score of 27-25 for Chippewa.

In the second half, Chippewa was able to open things up offensively while their team athleticism kept Northern’s scoring in check.

Chippewa’s Sam Mitchell contributed 16 points of his team-high 28 points in the second half; with the final score ending at 61- 42 in favour of Chippewa. Chippewa last won the senior boys basketball title in 1998.

As to Chippewa’s perfect season, both coaches Dan Cockburn and Mike Mitchell agreed it was the unique mix of veteran basketball players rounded-out by a solid core of multi-sport athletes, many from Chippewa’s OFSSA gold medal senior boys volleyball team, that came together to form a generational team.

Coach Mike Mitchell said “it is a shame we were unable to play in any tournaments, NOSSA or OFSSA this year, so we will never know how good we could have been.”