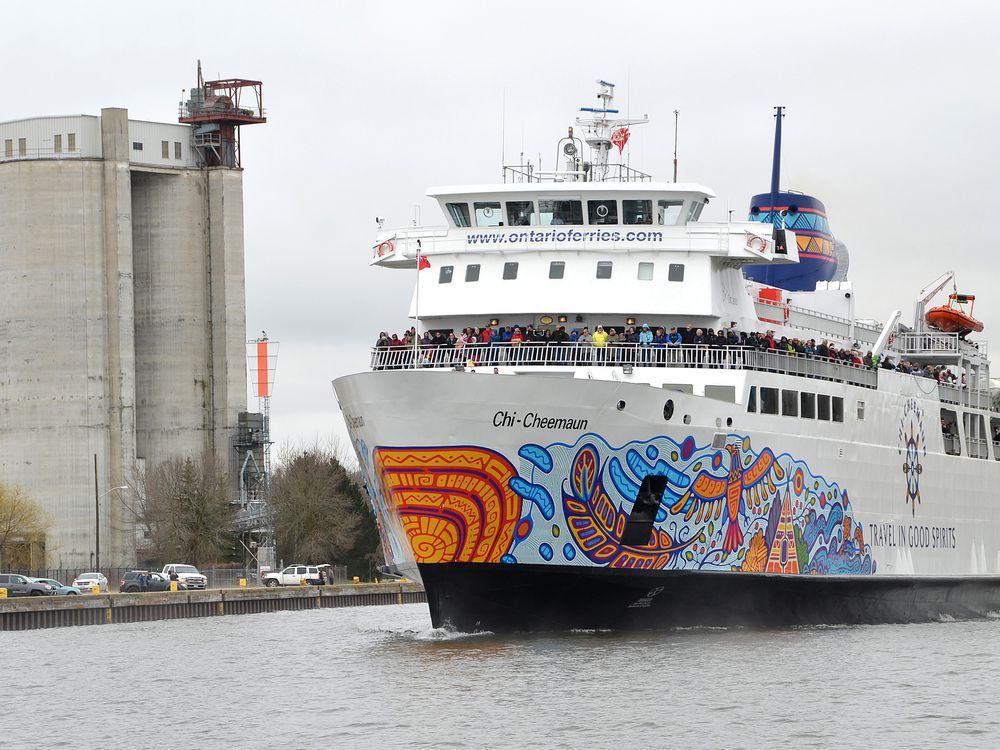 Firefighters helped ship staff put out a boiler room fire early this morning on the Chi-Cheemaun ferry, which is dry docked in Thunder Bay.

The fire was contained to the boiler room deep within the ship but damage to the boiler room and the electrical system was extensive, a news release from Thunder Bay Fire Rescue said. The cause of the fire is under investigation.

The passenger ferry usually spends the winter in Owen Sound, then runs spring through fall between Tobermory to Manitoulin Island. The vessel went to Thunder Bay last October to undergo routine repairs and its five-year inspection.

Chi-Cheemaun’s season is scheduled to begin May 6. The situation is being assessed and more information will be provided when it’s available, Owen Sound Transportation Company spokesperson Kaleena Sanford said Saturday.

The fire call came in about 2:20 a.m. to 201 Shipyard Road, a dry-dock facility where the ferry went right after completing its season last October.

Firefighters found light smoke upon entering the ship. A second alarm was called and ultimately five pumper trucks were summoned.

“The initial fire attack was done by staff on board the ship who managed to knock down the fire to great degree. Fire crews after some time were able to bring the fire under control using CO2 fire extinguishers and totally extinguish the blaze,” the news release said.

“All fire damage was held to the room of origin with very light smoke in other areas of the ship, which was cleared by the ship’s ventilation system.”

In all, 24 Thunder Bay firefighters attended the scene, including two on an aerial ladder, said platoon chief Darrin Sheehan Saturday.

Chi-Cheemaun was expected to return to Owen Sound for the winter but delays in Thunder Bay, and then the closing of the lock at Sault Ste. Marie, kept in there, Sanford said.

Last season, Chi-Cheemaun carried 60 per cent of its 2019 traffic, the last full season before the ongoing pandemic hit. COVID-19 delayed the start of last season and limited capacity due to public health restrictions to maintain physical distancing.