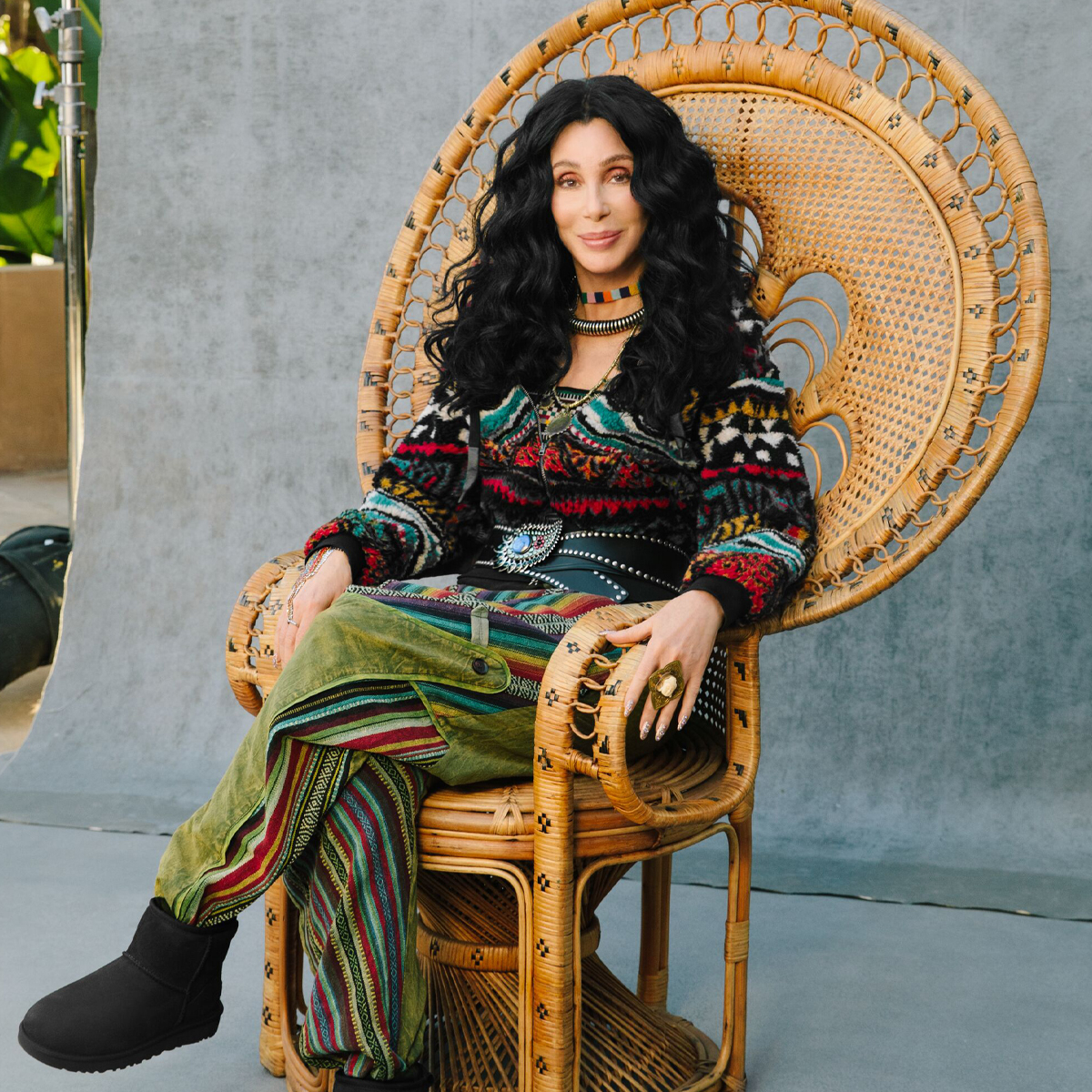 E!: Success isn’t easy to come by, but you’ve been killing it for decades. When you reflect on that, what comes to mind?
C: I chose to be an artist, but when you fail, you fail in front of the entire world. That’s just something I took on. People don’t realize that I have failed almost as many times as I’ve succeeded. It’s just when you’re in failure mode, nobody is interested. So nobody’s aware that you’re around and then you do something else and they go, ‘Oh my God, you really reinvented yourself.’ I’ve been the same since I was four. I’ve never actually reinvented myself.

E! That’s so funny that you think that because I feel like that concept of ‘reinvention’ and even the word itself is something that a lot of people associate with you.
C: I know, but it’s silly. It’s just so silly. I mean, truthfully, I have been my same stubborn, funny self since, well, I wanted to run away from home when I was about four. I just had a suitcase packed. I went outside and I told my mom, ‘It’s getting dark. I’ll go tomorrow.’

E!: What are some things women should keep in mind to stick to their goals?
C: I think if you’re strong, try to be smart, trust your intuitions, and you’re kind, you have half the battle won.

I think kindness is major in life and I just learned it all from my mom and continued to expand on it in my life because I was able to. I learned so much from my mom about kindness. We were kind of poor, but my mom always found a way to show us that we had so much more than some people and she taught us to stop, talk, and help out. My sister and I were in the car going someplace and I never have any money for some reason. I saw a homeless man on the street and I’m talking to him. I yell to my sister, ‘Jen, do we have any money?’ And, then my sister goes, ‘Oh my God, you’re just like mom.’ And, I went, ‘Yeah.’ In many ways, I’m just like mom. My mom is 95 and still an ass kicker.