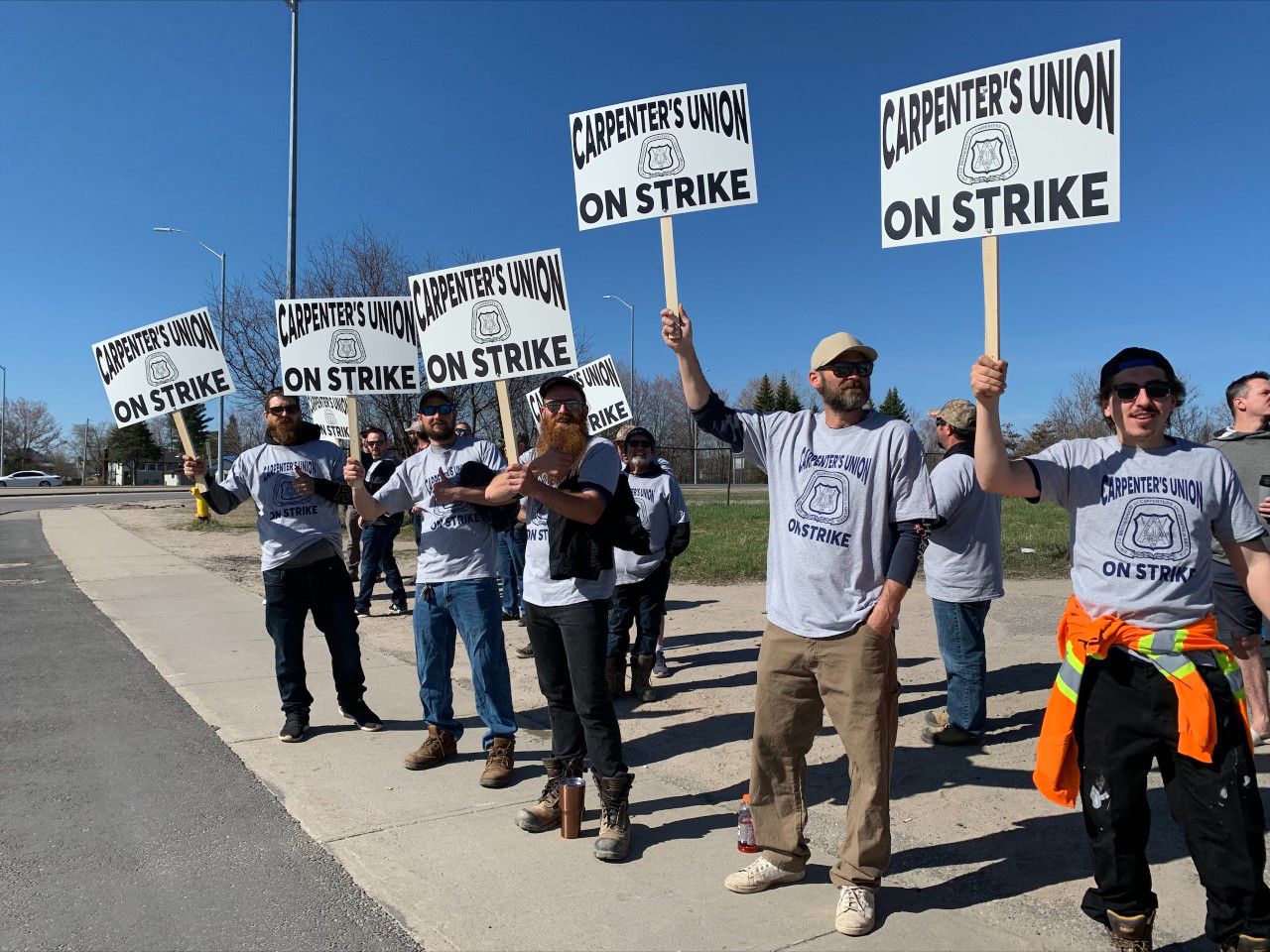 More than 1,200 carpenters and drywallers from North Bay, Timmins, Sault Ste. Marie and Timmins have joined a province -wide strike.

Local projects like the construction of W.J. Fricker School and school renovations, Marina Point and possibly the Suswin Village – a 30-unit transitional housing project – are on hold.

Across Ontario 15,000 members of the Ontario chapter of the United Brotherhood of Carpenters walked off the job at 12:01 a.m. Monday after rejecting their employers’ latest contract offer.

The latest contract offer was a nine per cent wage increase over three years.

Workers on the picket line said what they will be stuck with what they settle for now for the next three years.

Some were concerned about being off the job and not collecting a paycheque, however they said the sacrifice is worth it. And if they have to get a part-time job to pay the mortgage, that’s what they will do.

“Nobody wants to go on strike and our union hasn’t been on strike in the (industrial, commercial and institutional) sector for 34 years, but our members, from one side of the province to the other, have now voted overwhelming to tell their employers that we want a fair deal,” said Mike Yorke, Carpenter’s District Council of Ontario president and director of public affairs.

Yorke said in a media release “carpenters, like other construction workers, kept working on job sites to build critical infrastructure all the way through the Covid crisis. Their work was seen as essential during the pandemic and because of this and because of spiralling cost of living increases, our union and our members believe that wages now have to be increased.”

Yorke said in previous interviews and in media releases the workers turned down the offer by a “huge margin.”

No further details about what is being proposed has been released.