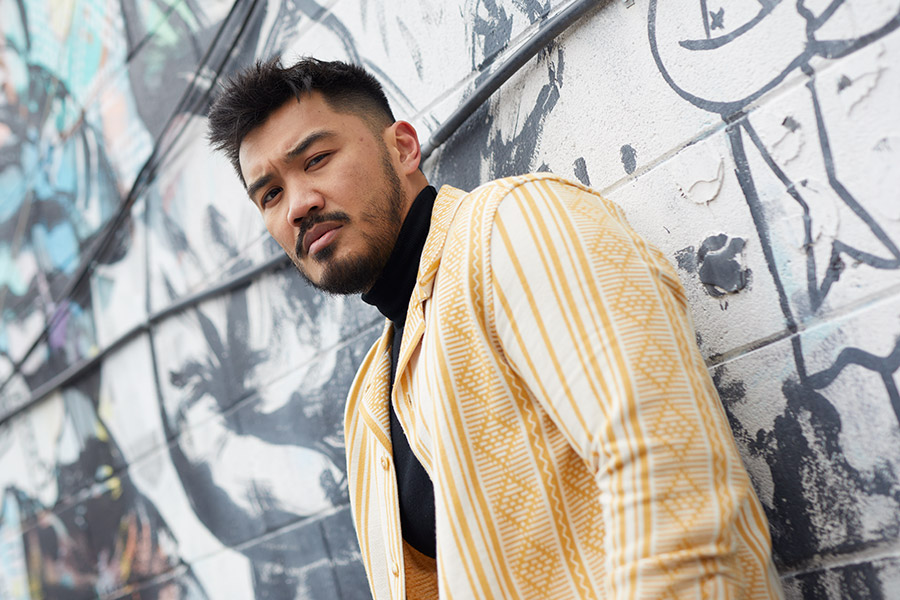 When Alex Mallari Jr. was a second-grader in Scarborough, he drew a picture of himself on a movie set, playing a bad guy. Last year, after he finished shooting The Adam Project – where he plays a rogue chasing Ryan Reynolds through time for… reasons – his mother brought him the drawing again.

“She opens up the page to me being a villain, and she’s like, ‘You always wanted to do this, huh?’” he recalls. “I was just floored by that – thinking about how my mom held onto that.”

It’s a sweet memory, but there’s a sadness underneath the story, which is that Mallari – who knew he wanted to be an actor even then – could only imagine himself playing the heavy rather than the hero.

“I think that’s all I ever saw [people of colour] be,” he says. “I didn’t have blond hair or blue eyes, so I never saw heroes that looked like me – aside from Bruce Lee.”

Things are better now, and Mallari is playing a wide range of characters. Yes, he’s a henchman in The Adam Project – it’s a good showcase for his action chops – but within days of that film’s arrival on Netflix he also turned up on CTV’s medical drama Transplant as a free climber coping with the loss of a leg – and as the star of CBC Gem’s supernaturally flavoured digital series Hello (Again), where he plays Jayden, a cook enduring a time loop in order to save a doomed romance with his ex (Rong Fu).

He’s not exactly coming out of nowhere, mind you. Mallari was a regular on the Toronto-shot sci-fi series Dark Matter, playing one of a quintet of amnesiac space voyagers who bond as a crew while trying to figure out who they used to be, and he popped up on everything from The Strain and Designated Survivor, most recently landing recurring roles as a private detective on Ginny & Georgia and a new love interest for Jessalyn Wanlim’s Jenny Matthews on Workin’ Moms.

Listen to Hello (Again) stars Alex Mallari Jr. and Rong Fu and co-creator Nathalie Younglai explain what their hopes to do for Asian-Canadian representation, and the challenges of creating a consistent performance when shooting a time-loop story out of sequence.