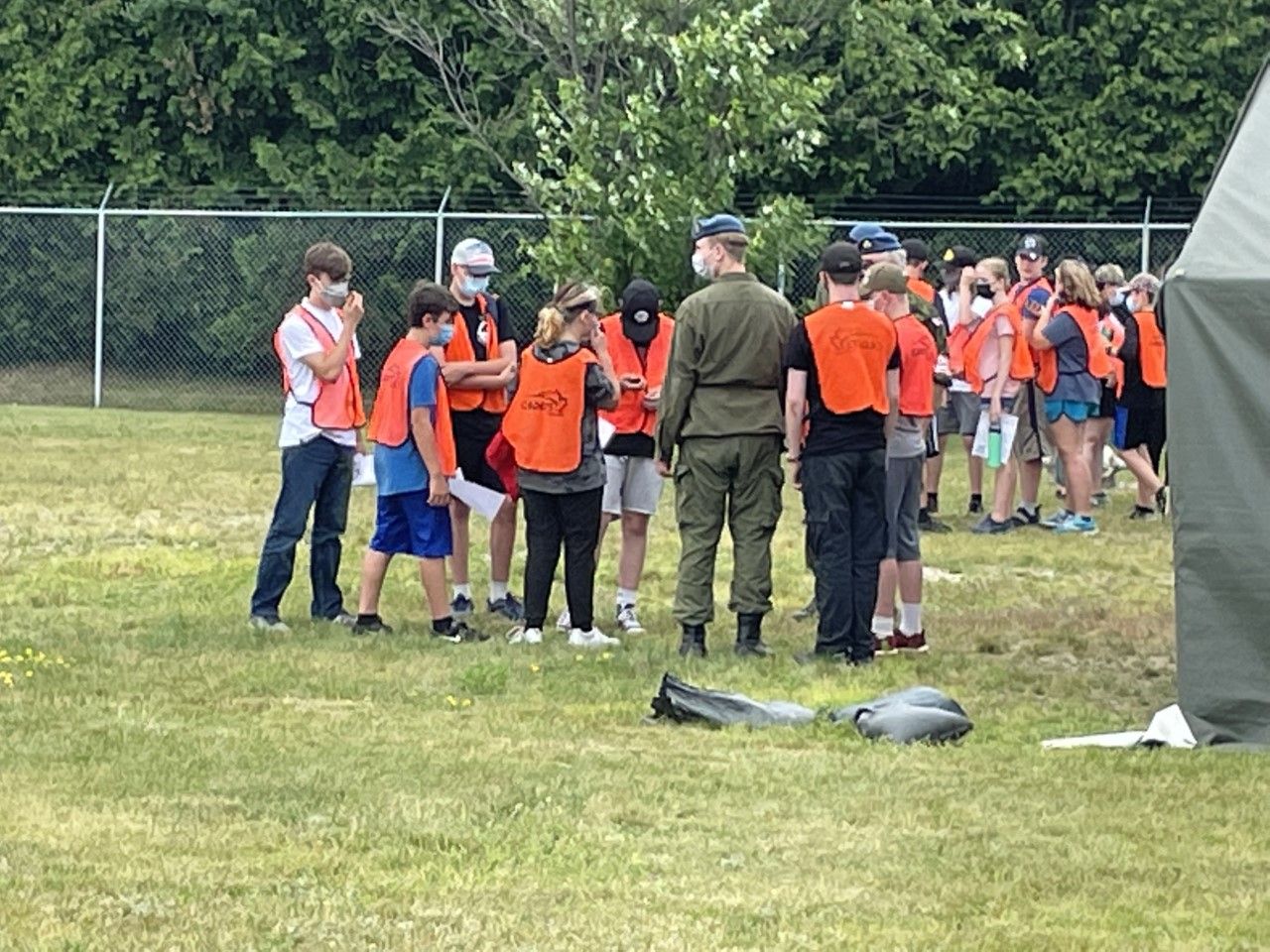 A couple of dozen motivated young people are getting active at 22 Wing/CFB North Bay.

These cadets will take part in many aspects of the cadet program, including, fitness, Canadian Armed Forces familiarization, citizenship and field training activities, all while building friendships and learning from some of their senior staff cadets.

Sea Cadet Chief Petty Officer Owen Lapointe hails from Timmins. Lapointe says he is using these two weeks of training to further his skill set. His goal is joining the Canadian Armed Forces.

“The training deals a lot with leadership, communication, some biathlon which involves running and shooting, marksmanship.”

Lapointe believes the training could be life changing, saying the instructors “are pretty much preparing you for life. Communication and leadership are two key things that, in my opinion, get you ready for life. You need those (things) to grow up a little bit and to be prepared.”

Even though he is just 17, Lapointe’s rank does give him responsibility, which he embraces.

“I am usually in charge, I am helping with the classes, in zoom meetings.”

Lieutenant (Navy) Sabrina Vachon, one of the superior officers, talks about the itinerary for these cadets.

“They are given a lot of different activities. For example, right now they are geo-caching. We did structure building with marshmallows and skewers where they had to have a challenge and then problem solving. It was quite messy, but it was fun.”

Vachon adds there will also be some off-base activities.

“We are going to be going out in the bush at Camp Caritou (near Bonfield) to do some camping and doing some activities there, aqua training and on water training with canoes. The program deals with a lot of activities and it helps the cadets develop skills, interpersonal skills, problem solving and just becoming better Canadian citizens.”

Vachon was asked what she would say to a teenager looking at cadet options.

“The cadet program is free, and it is a great program to develop skills.”

She talked about accessibility to the cadet programs.

“Most communities in Northern Ontario have a cadet corps, some of them have three elements – sea, army and air – and maybe get involved with the community as well because you do a lot of community service, volunteering and it gives them a sense of worth.”