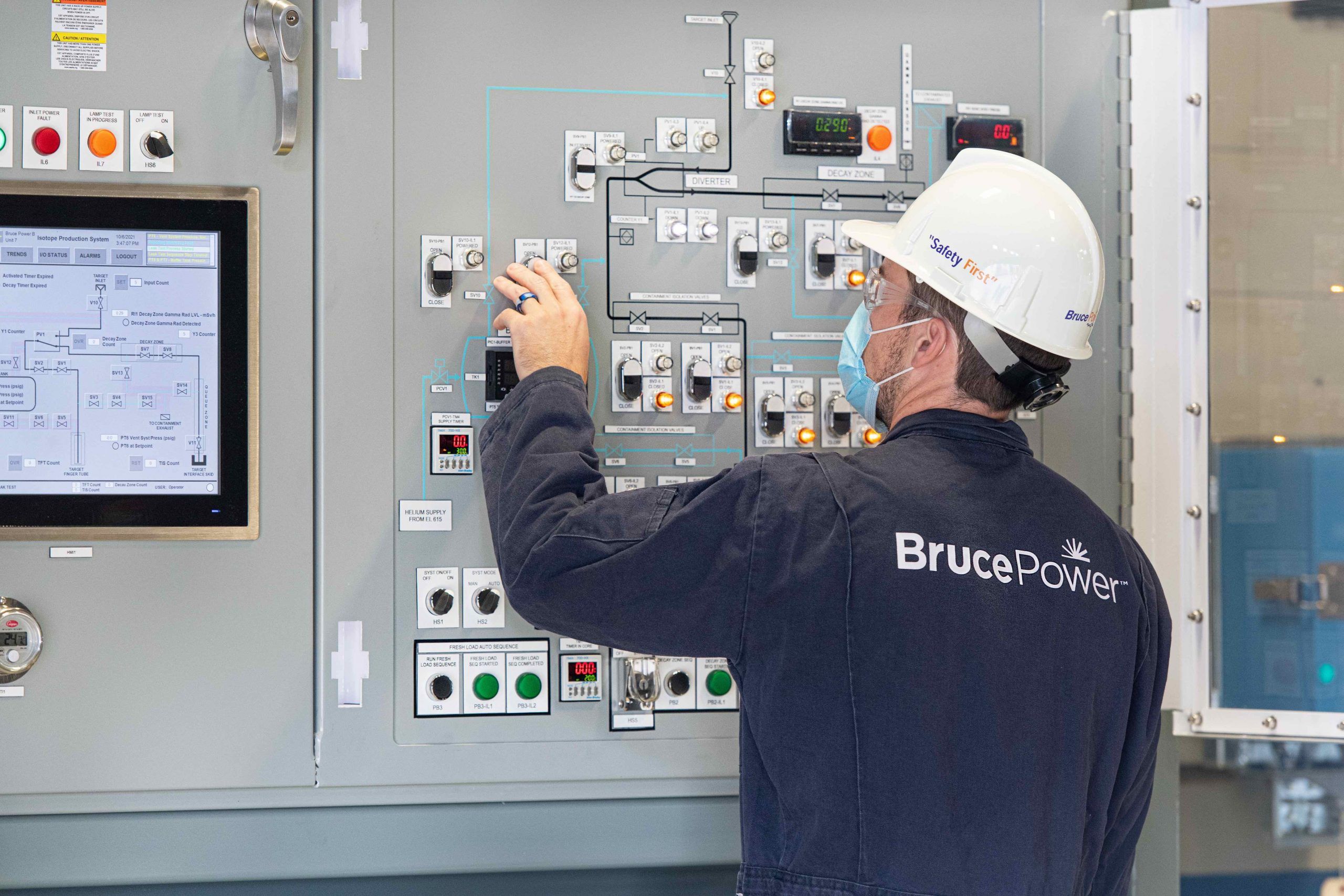 An Isotope Production System has been installed in nuclear reactor Unit 7 at Bruce Power, along the Lake Huron shoreline in Bruce County. The company says it is the first power reactor in the world with installed capability to make Lu-177.

Other medical isotopes will be able to be produced using this system, a company news release said, calling the system “groundbreaking.”

Bruce Power’s James Scongack in the release called the installation of the new system a “milestone” towards becoming the first power reactor in the world to provide a scalable supply of medical isotopes.

“With the new system now installed, activities will shift to planned commissioning along with preparation activities for commercial production that will follow once these activities and regulatory submissions are successfully completed,” the release said.

The company expects to start production of Lu-177 later this year, Bruce Power spokesman John Peevers said by email. Until now, it’s been produced by research reactors and specific medical isotope reactors around the world, he said.

Lu-177 offers doctors an alternative to traditional chemotherapy by deploying a “seek-and-destroy” dose to target cancer cells, while limiting damage to surrounding healthy tissues and organs, the release said.

Bruce Power will irradiate Ytterbium-176, the first step in the production of “no-carrier-added” Lutetium-177. Processing and production will be done by ITM Isotope Technologies Munich SE, described as one of the largest and most reliable producers of LU-177 for pharmaceutical use.

“The installation of the IPS is a significant step in the landmark isotope project, which is a partnership that began more than three years ago with over 400 dedicated professionals working on various stages of the project,” the release said.

Bruce Power will market the new isotope supply in collaboration with Saugeen Ojibway Nation. This partnership project with SON is named “Gamzook’aamin Aakoziwin,” Anishinaabe for “We are Teaming up on the Sickness.”

It includes an equity stake for SON and a revenue-sharing program.

Ontario Energy Minister Todd Smith said in the release that he’s “proud of the innovative work being done by Bruce Power and its partners in the supply chain, including Framatome and Kinectrics.

“Their efforts are helping to further cement our position as an international isotope superpower, while providing critical medical tools to help meet the needs of patients battling cancer.”

Bruce Power has been producing another medical isotope, Cobalt-60, for more than 30 years for the company Nordion. Forty per cent of the world’s single-use medical devices, including sutures, syringes, masks and gloves are sterilized with Cobalt-60 from Bruce Power, Peevers said. A medical-grade Cobalt-60 also produced by the company is used in brain cancer treatments.