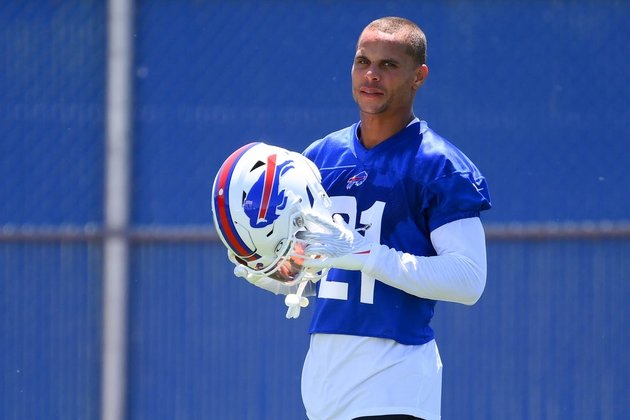 Buffalo Bills safety Jordan Poyer hyperextended his left elbow during Tuesday’s practice, but he could be back in time for the regular-season opener.

ESPN reported Poyer could return in “a few weeks.”

Poyer, 31, was injured after making contact with rookie running back James Cook during an 11-on-11 drill. He walked off the field with a trainer and eventually was carted to the locker room.

Poyer, who is a free agent after this season, is coming off the best campaign of his career. He was named an All-Pro after tying a career high with five interceptions to go along with 93 tackles and three sacks.

He has 643 tackles, 20 interceptions and 11 sacks in 127 career games (89 starts) with the Cleveland Browns, Philadelphia Eagles and Bills.