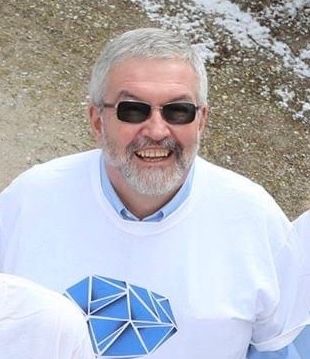 No funeral arrangements are set at this time.

Mr. Twaddle worked at The Sun Times for more than 25 years, first as a reporter in 1968. In 1969 he moved to the Windsor Star where he reported on education and the Ontario legislature before returning to The Sun Times as city editor in 1972.

Subsequently he served as city-district editor, news editor, managing editor and finally as editor of The Sun Times in December 1990. In September 1992, Twaddle became operations manager.

While on city council, Mr. Twaddle’s interest in public works and utilities often may not have captured the public’s imagination but was important to make sure the community could function, Edgar said. Mr. Twaddle had the city’s long-term best interests in mind.

“He was more concerned with doing what had to be done than what might prove popular,” Edgar said.

Mr. Twaddle left the paper in 1995. That year he became a one-third owner and associate editor of the Tribune weekly newspaper in Owen Sound.

Twaddle served five terms on city council, from 1996 to 2014, including two at Grey County as a city-county councillor. Flags will be lowered to half-mast Thursday at city hall in his honour.

He served on major city committees including operations, and was credited as a “catalyst” for the $48-million waste water treatment plant upgrade completed in 2017. He chaired the Grey Bruce Health Unit board and served on the Owen Sound Police Services Board.

In an obituary Mr. Twaddle prepared about himself with help from his family, he cited as noteworthy his efforts to keep the Owen Sound Attack hockey team in Owen Sound and those as chair of Georgian Bay Energy, which had been the public utilities commission.

He led negotiations of GBE’s sale to Hydro One, which resulted in a fund which the city is still using to pay for the Julie McArthur Recreation Centre.

Owen Sound Mayor Ian Boddy served on the city’s operations committee with Mr. Twaddle for a couple of years before joining him at the council table as a councillor in his first term, between 2010 and 2014.

“I am very sorry to hear of Bill’s passing. I know he’s been ill for quite a while,” Boddy said Wednesday. “He was a guy that was very dedicated to the city.”

Boddy said Mr. Twaddle had an analytical nature and “asked a lot of questions and was very detail-oriented before he made a decision and I certainly learned a lot from him.”

Gloria Habart was a reporter and editor at The Sun Times from 1969 until 2002. She recalled his ethics, integrity and sense of fair play, which he reinforced in everyone who worked at the paper.

And if he thought you were being done wrong, he would stick up for you, Habart said.

“He stood up for what he thought was right,” she said. “I don’t think he ever kowtowed to anybody . . .” He didn’t suffer fools lightly either, she said. Though he held strong opinions, he was open to being persuaded he was wrong, she said.

“He wanted to make it the best newspaper, as we all did at that time, back in the day.”

Mr. Twaddle worked for Elections Canada from 1996 to 2004. He oversaw two federal elections and also travelled in 2004 to oversee elections in Ukraine and a referendum in 1999 in East Timor concerning independence from Indonesia.

Mr. Twaddle was an original member of the local drinking water source protection committee in 2007. The committee assists staff assigned to wellhead protection, one of the layers of drinking water protection implemented in Ontario following the Walkerton water disaster in 2000.

He became chair of the committee for the Saugeen, Grey Sauble, Northern Bruce Peninsula Source Protection Region in 2017 and held the position for five years, until an interim chair was named July 22, due to Mr. Twaddle’s health.

Mr. Twaddle also spent 16 years as community development co-ordinator for the Alzheimer Society of Grey-Bruce, many of those years while serving on council. He helped raise more than $6 million for the organization.

But he also was effective in raising its profile, including by improving the website, so more people could learn about Alzheimer programs, said Deborah Barker, the former executive director of the Alzheimer Society who hired him.

“It was way more than just fundraising. And he was so good at it all because he had so many contacts in the community. And he was just a strong advocate for people with dementia and for their caregivers as well.”