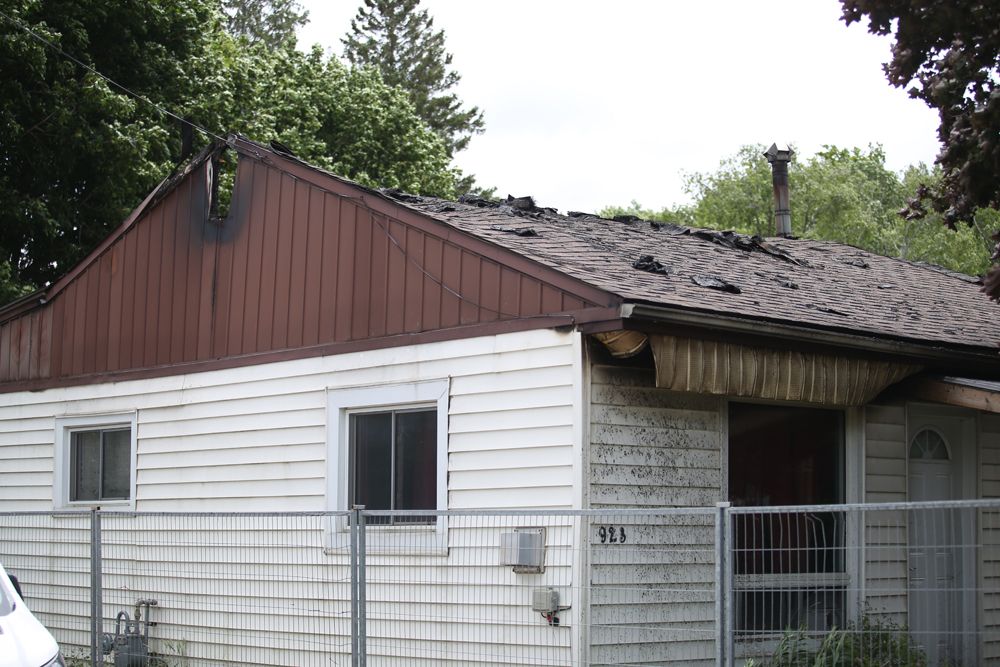 A barbecue and its propane tank are believed to be the source of a fire and reported explosion that destroyed both units of a semi-detached home near Owen Sound District Secondary School Sunday afternoon.

The Owen Sound Fire Department responded to reports of an explosion and fire at 923 8th Ave. W in Owen Sound at 5:37 p.m. Sunday and knocked down the bulk of the blaze in under 10 minutes, Owen Sound Fire Chief Phil Eagleson said Monday.

No injuries were reported. Both units of the semi-detached home were occupied by one person each. Both individuals have been provided assistance by victim services.

Eagleson said while the fire is still under investigation the working theory is the barbecue malfunctioned, causing flames to quickly spread to the roof of the structure where the wind helped it move through the attic of the building.

While semi-detached homes often feature a firewall to prevent fires from spreading side-to-side to a neighbouring unit, Eagleson said because this fire originated from the outside and spread through the roof structure both units were affected and the entire building will likely require a complete rebuild.

A property restoration company was at the building Monday examining the damage. Eagleson pegged the damage estimate at $600,000.

“Those semis have a common roof structure, that’s how they save some costs, and there’s no separation in the roof. Once it got up into the eaves it could go wherever it wanted,” Eagleson said. “It quickly grew once it got into the attic of the home.”

Eagleson said the fire department has no reason to believe the occupants were doing anything wrong while barbecuing. The common mistakes of grilling within an enclosed structure like a garage, or leaving a lit barbecue unattended, don’t seem to be at play in this case, he said.

The city fire chief said sometimes propane lines can crack or leak, aging tanks can fail and fires can quickly spread as a result.

“I can’t say that’s what happened in this case, but with a barbecue, you basically have a fire source and as soon as you have a leak in the fuel source line it becomes a much bigger fire, and if the propane tank is heated to a point, they have pressure-release valves that go off that are quite loud and can sound like an explosion that goes off,” he said.

Eagleson said he’s confident reports of an explosion were due to the propane tank involved in the fire.

The Owen Sound Fire Department knocked down the fire within 10 to 15 minutes of arrival, Eagleson said, but remained on scene putting out hot spots until nearly midnight.

The Inter-Township Fire Department responded to help with “overhaul”, which Eagleson described as the “hard work of firefighting”, digging through debris to put out flare-ups and burning embers.

“We can’t leave it because it would rekindle,” he said. “Often you’re hunting for a batch of coals no bigger than a pop can, but you have to shovel two feet of crap on top of it to get there to put it out.”

The ITFD also provided oxygen for the firefighters as the warm weather took a toll on the crews working through the damaged building, Eagleson said.