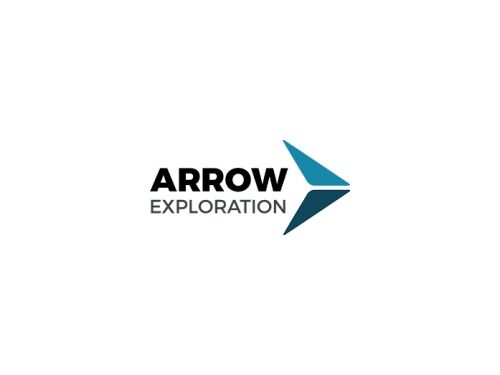 Calgary, Alberta–(Newsfile Corp. – May 18, 2022) – Arrow Exploration Corp. (AIM: AXL) (TSXV: AXL) (“Arrow” or the “Company“) is delighted to announce the results of the Rio Cravo Este-2 (“RCE-2“) well testing on the Tapir Block in the Llanos Basin of Colombia.

The RCE-2 well was spud on April 2, 2022. RCE-2 targeted a large, three-way fault bounded structure with multiple high-quality reservoir objectives on the Tapir Block in the Llanos Basin of Colombia. The well was drilled to a total measured depth of 9,600 feet and encountered six hydrocarbon bearing intervals totaling 90 net feet of oil pay.

Specific production test rates for the isolated zones (shallowest to deepest) include:

Test results are not necessarily indicative of long-term performance or ultimate recovery.

“We’re encouraged by the material results of RCE-2, the second well on the Tapir block. RCE-2 identified new zones for further exploitation with flowing results returning better than expected.”

“We’re currently completing the C7 zone, targeting to be on stream early next week. This effectively doubles Arrow’s production. The Company’s procedures will be to bring RCE-2 on slowly and increase production to best manage the oil reservoir.”

“We are now moving the rig to our next well location, the RCS-1 well, which is expected to spud before the end of May. Arrow’s current production exceeds 1,000 boe/d, producing positive cashflow for the Company during a high commodity price environment. This is an exciting time for Arrow, and we look forward to providing further updates on our progress.”

The RCE-2 well costs came in line with the budget.

Continued strong production rates from existing tied-in wells combined with the encouraging results from new drills in Columbia support the Company’s objective of achieving a production rate of 3,000 boe/d within 18 months of its AIM listing (completed in October 2021).

Arrow Exploration Corp. (operating in Colombia via a branch of its 100% owned subsidiary Carrao Energy S.A.) is a publicly traded company with a portfolio of premier Colombian oil assets that are underexploited, under-explored and offer high potential growth. The Company’s business plan is to expand oil production from some of Colombia’s most active basins, including the Llanos, Middle Magdalena Valley (MMV) and Putumayo Basin. The asset base is predominantly operated with high working interests, and the Brent-linked light oil pricing exposure combines with low royalties to yield attractive potential operating margins. Arrow’s 50% interest in the Tapir Block is contingent on the assignment by Ecopetrol SA of such interest to Arrow. Arrow’s seasoned team is led by a hands-on executive team supported by an experienced board. Arrow is listed on the AIM market of the London Stock Exchange and on TSX Venture Exchange under the symbol “AXL”.

Bopd: barrels of oil per day

The technical information contained in this announcement has been reviewed and approved by Grant Carnie, senior non-executive director of Arrow Exploration Corp. Mr. Carnie is a member of the Canadian Society of Petroleum Engineers, holds a B.Sc. in Geology from the University of Alberta and has over 35 years’ experience in the oil and gas industry.

This Announcement contains inside information for the purposes of the UK version of the market abuse regulation (EU No. 596/2014) as it forms part of United Kingdom domestic law by virtue of the European Union (Withdrawal) Act 2018 (“UK MAR“).

NOT FOR RELEASE, DISTRIBUTION, PUBLICATION, DIRECTLY OR INDIRECTLY, IN WHOLE OR IN PART, IN OR INTO OR FROM THE UNITED STATES, AUSTRALIA, JAPAN, THE REPUBLIC OF SOUTH AFRICA OR ANY OTHER JURISDICTION WHERE TO DO SO MIGHT CONSTITUTE A VIOLATION OF THE RELEVANT LAWS OR REGULATIONS OF SUCH JURISDICTION.

To view the source version of this press release, please visit https://www.newsfilecorp.com/release/124452