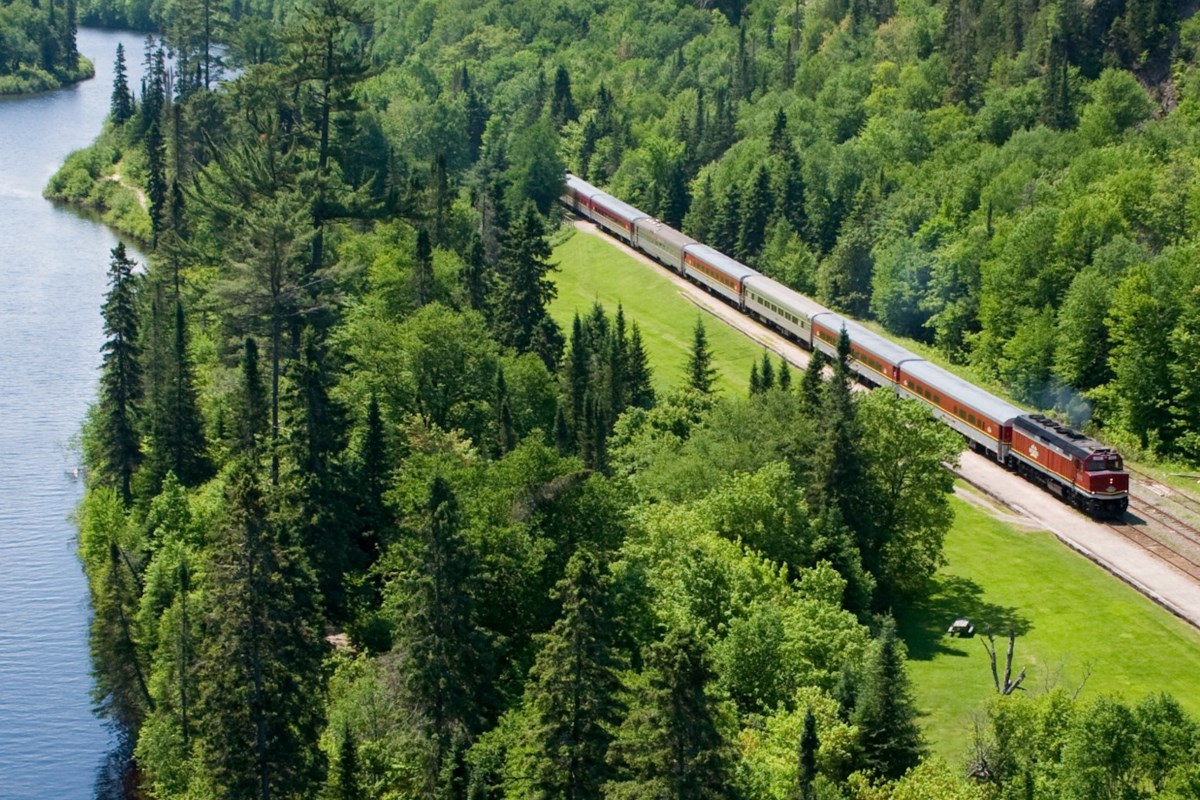 The Civic Holiday Monday was the kick-off to the 2022 Agawa Canyon Tour Train season out of Sault Ste. Marie.

Watco, the new operators of the service, made the announcement Aug. 1 on social media of the company’s “first-ever passenger train” which made its inaugural trek through the wilderness of northeastern Ontario for the one-day scenic rail excursion.

The train departed Monday morning from the new passenger depot at 99 Huron Street for the 114-mile, four-hour excursion to Agawa Canyon Park. It’s a 90-minute stop at the park followed by a 4.5-hour return trip to the Sault. The new depot is the former grounds of the St. Marys Paper mill.

Long-considered one of North America’s most popular train tours, the excursion ran a shortened two-weeks, half-capacity season last fall after the 2020 season was wiped out due to the pandemic.

CN sold the former Algoma Central Railway (ACR) line to Watco, a Pittsburg, KS-headquartered short-line freight rail carrier in the spring of 2021. The company committed to maintain the passenger excursion service, which was of a great relief to Sault tourism officials.

Improvements have been made over the years with new coaches, locomotive power and on-board amenities such as GPS-trigger commentary on points of interest along the trip.

Commentary is available in English French, German, Japanese, Korean and Mandarin via wireless headsets. Locomotive-mounted cameras provide the engineer’s eye-view on flat-screen monitors in the coach. The tour train’s webpage said Wi-Fi is not available on the train at this time.

The former ACR track, also known as the Soo Subdivision, is Watco’s only Canadian asset. Their line terminates at Mile 245 at a main junction with Canadian National at Oba. The rest of the track, some 50 miles beyond, north to Hearst, remains in CN hands.