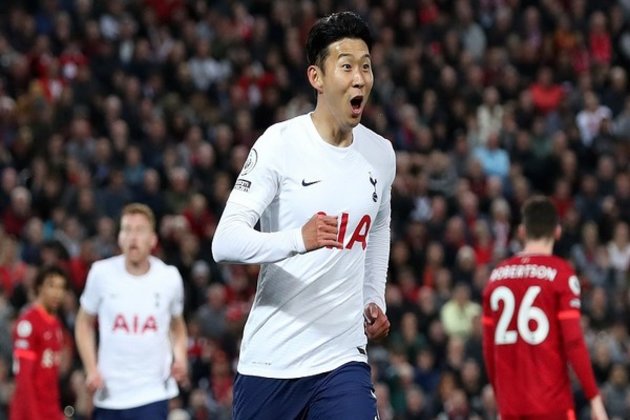 London [UK], May 8 (ANI): Liverpool battled back to earn a point and return to the top of the table, but their 1-1 draw with Tottenham Hotspur on Saturday has handed Manchester City the opportunity to strengthen their position in the Premier League title race.

Luis Diaz brought Liverpool level with a 74th-minute strike after Son Heung-min’s 20th goal of the season had threatened to earn Spurs a surprise away victory.

Liverpool are in first place on goal difference but Man City will now be looking to take full advantage of the Reds’ setback by overcoming Newcastle United on Sunday and moving three points clear at the top with three matches remaining.

Leandro Trossard scored one goal and created two others as BrightonHove Albion beat Manchester United 4-0 for their first home win of the year and ended their opponents’ slim top-four hopes.

Brighton went ahead on 15 minutes through Moises Caicedo’s first Premier League goal. Marc Cucurella doubled Brighton’s lead on 49 minutes when he hammered in Trossard’s pass for his maiden PL goal as well.

Trossard then teed up Pascal Gross to slot home Brighton’s third eight minutes later. The Belgian added his name to the scoresheet three minutes later, bundling in the ball on the hour-mark.

Romelu Lukaku had put Chelsea ahead on 56 minutes with a penalty, after he had been fouled by Romain Saiss. The Belgian scored his second two minutes later, curling in from Christian Pulisic’s pass.

Wolves pulled one back on 79 minutes with a brilliant goal from substitute Trincao after he had been set up by Chiquinho. And seven minutes into stoppage time Coady headed in Chiquinho’s cross to stun Chelsea, who are without a win in three. (ANI)