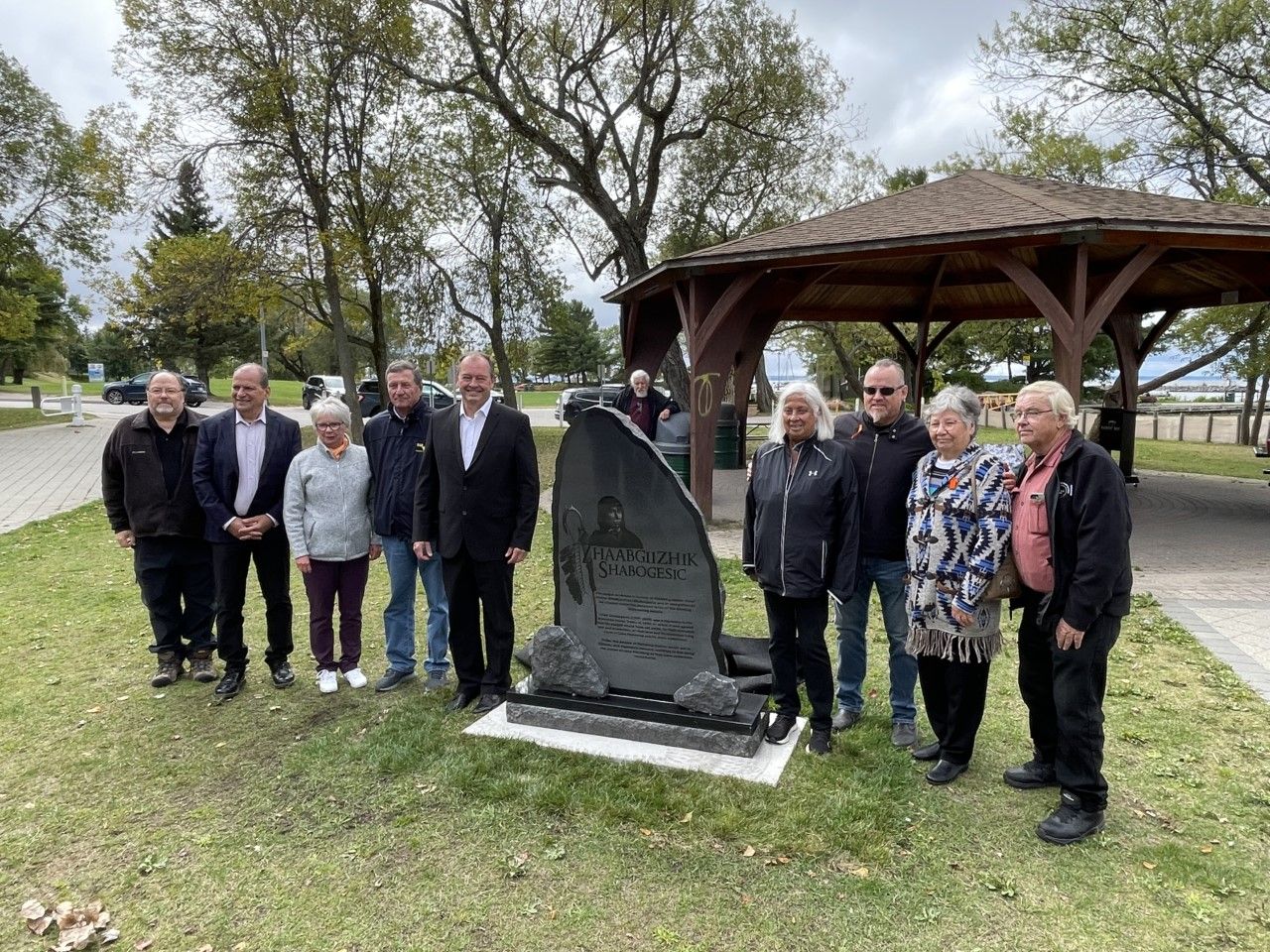 “It is very important to acknowledge Chief Shabogesic, who is my great-great-great-great grandfather.  We are the direct descendants of his here today.”

After the unveiling, Chief McLeod talked about the significance of the renaming of a piece of land in North Bay that is not technically a part of the Nipissing First Nation.

“It truly is (important), when the treaties were signed and we looked to negotiate land set aside, which are known now today as reserves, this (beach area) was supposed to be part of that,” he said.

“There were things that happened, some wrongdoings, which led to recent land claims. The amount of land was arbitrarily reduced in size, quite significantly, this would have been part of the reserve based on what was negotiated. History happens, and now it is the City of North Bay, so (this announcement) is very significant.”

Candace Fisher, whose maiden name is Shabogesic, is a teacher in West Nipissing.

She was proud to be in North Bay for this occasion.

“It feels really great, I think this is a big part of Truth and Reconciliation.   Reconciling some of the relationships that were broken in the past and coming together now.”

“It really does (make me happy), it lets people know we are still here and that our opinion counts and that we should share in the great language that was part of this territory.”

“I can show you a letter I received in May of 2013, and it was from (former Chamber Manager) Glen Devuono. He said you need to correct a wrong regarding the naming of this beach. That is when it (the process) started, and I pulled the letter out this morning and reread it.  I want to give credit to Glen Devuono and council for approving this, but it started with Glen Devuono.”